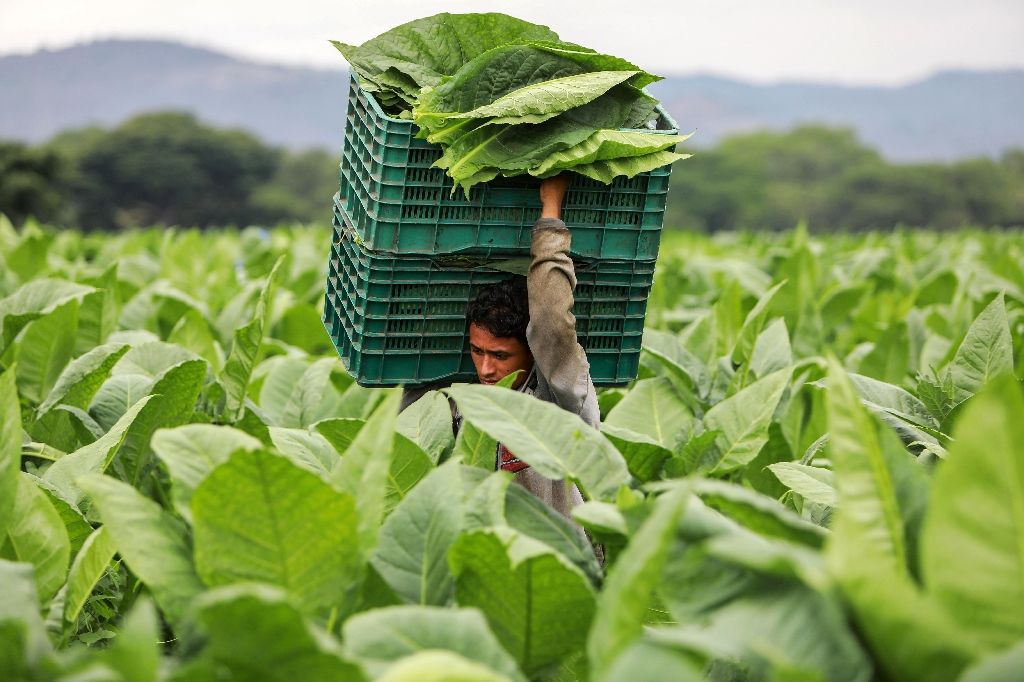 CIGARS BY REGIONS AND GEOGRAPHY

Let’s start this off by stating a few disclosures that will be rather obvious, but important. We are not a family of farmers, tobacconists, blenders, or factory workers. We are a family of passionate cigar smokers eagerly learning as much as we can about tobacco and cigar culture. The following article is a curated write up in search of a greater understanding about the cigars in our humidor and around the world. Take this all for what it’s worth. There are a number of regions that we did not dive into, but we covered most of the top regions in the Western Hemisphere.

Now that is out of the way, let’s get into figuring out why you like.

CUBA… TOBACCO SO GOOD IT TAKES COMMUNISM TO GUARD IT.

When the question is asked “what makes Cuban cigars so much different?” It can all be boiled down to time. The amount of time Cubans have been harvesting tobacco and how long they have been smoking cigars. Cuba is the birthplace of premium cigar tobacco. The agricultural, curing, and fermentation traditions that are used throughout the world today, were first developed in Cuba.

There are really 2 areas in Cuba that are known to produce [arguably] the greatest tobacco in the world. The best tobacco growing area in Cuba lies in the western part of the island in the Pinar del Rio province, and within the Vuelta Abajo region of that province. Tobacco’s flavor comes from the soil it’s planted in, and Cuba has some of the best. Most of the soil in the Caribbean was pushed up from the ocean floor by volcanic eruptions and tectonic collisions fairly recently in the geologic past. It’s loose, sandy, granular, and loamy. Inhospitable to most traditional farm crops, but ideal for tobacco. The soil in Cuba’s primary growing regions has the consistency of pulverized rock, with unusually high levels of iron, quartz, and clay deposits that give Cuban tobacco a unique, peppery taste.

The climate is a large part of the success.  Cuba offers an almost perfect climate for tobacco farmers. The temperature is a constant 77°F and humidity is stable, about 79 percent year round. In fact, the tropical conditions here are so good, they’re the basis for the 70-70 rule cigar owners use to preserve their cigars.

USA… THE FREEST TOBACCO IN ALL THE LAND

Leave it to us Americans to bypass the unwritten rules of setting up tobacco production next to a volcano and in the constant breeze of the tropic air. There are two very distinctive cigar varietals being grown in this unexpected North American location. Just north of Hartford, Connecticut lies an amazing cigar growing area known as the Connecticut River Valley. The term “Connecticut” is not limited to the state, but refers to the river valley which also runs through Massachusetts as well. The soil in this valley is of glacial origins, which means it was deposited after the last ice age. It is less robust than volcanic soil and produces a very distinctive and lighter flavored tobacco.

In 1900 a Cuban seed was brought to the valley in an attempt to simulate the Sumatra seed wrapper tobacco that was already being imported into the country. The plants are tall and elegant, reaching heights of over ten feet. Today, Connecticut Shade is one of the world’s most prized and beautiful wrapper leaves. It has extraordinary strength, small veins, silky texture, and consistent light tan to golden brown color.

Its counterpart, the Connecticut Broadleaf plant is small with enormous leaves. Broadleaf is grown next to shade, but directly under the sun. It is stalk-cut, instead of being primed like shade-grown, and requires extra fermentation to become smokeable. Connecticut Broadleaf tobacco is dense and very oily tobacco which darkens easily and is commonly used on maduro cigars as wrapper. Over the last century, broadleaf has been a popular wrapper for many mass-market cigars, but with extra care and fermentation, it is currently yielding excellent wrappers for premium maduro cigars. Broadleaf is a little thicker, rougher, and oilier than Mexican maduro leaves.

Our humidor is stocked with a number of super high quality brands that call Nicaragua home. Big brands like Drew Estate, Padrón, My Father Cigars all have factories in Estelí – a city where the chickens are bigger than the dogs and the wifi is as unstable as Ty Demery’s balance on a cruise. You can also find some of our favorite smaller brands here too like Crux, Tatuaje, Illusione, Southern Draw, and RoMa Craft.

Separated by four regions, Nicaragua will give you a cigar smoking experience with LIFE and a ton of flavor.

Jalapa is home to the most noted and remote tobacco farms in Nicaragua. The Jalapa valley is farther north of Condega where the sandy soil is very thin and slightly red in color – very similar to the soil in Cuba’s Pinar del Rio valley. The leaf tends to be soft with a reddish tinge, and it is aromatic and sweet in flavor. This leaf is often used as a wrapper for its rich, smooth, elegant and silky characteristics. As per Crux Cigars owner, Jeff Haugen, Jalapa Valley is one of the only regions in the world that can produce a naturally sweet tobacco.

The Condega valley is north of Estelí and yields flavorful, yet less potent tobacco than its neighbor. It is best known for its cloud cover and coarse, rocky soil that is high in mineral content. Tobacco leaves plucked from this region are often thinner in texture with some sweetness and a decent amount of strength. Condega’s leaves are most often used as binders.

The balls of Nicaraguan tobacco can be found in Estelí. Located at the highest point of the valley, Estelí yields exceptionally strong tobacco with identifiable spice. Think RoMa Craft, Black Label Trading Company, LFD. The soil is dense, deep black and ideal for growing extra strength Ligero filler, thick binders and sun grown wrappers. The plants in Estelí receive plenty of sun exposure, which causes the leaves to be much thicker and stronger in flavor. Its great strength makes the leaf the ideal filler for strong, bold and flavorful cigars. Occasionally it is used as a wrapper but it is more commonly found as the filler that powers the nation’s blends

This is super interesting to us. Ometepe is a 110 square mile island located inside Lake Nicaragua. It is only accessible by 1-hour ferry ride from the mainland and is home to Howler Monkeys, Jaguars, and Exotic Birds. The workers that live on the island refuse to work past noon and demand much higher wages than in other Nicaragua areas. But if I am being honest, if I lived somewhere there was a daily chance I was eaten by a Jaguar, I would charge more.

With those factors in play only one family, Placencia, farms tobacco on the island. The island is home to 2 volcanoes The proximity to the fresh water and natural drainage results in rich soil without the need of fertilizer. The tobacco that comes out of this region is mild to medium and often used as filler tobacco.

Think tobacco with nuance. A bit of sophistication, but still like to party. Home to Davidoff, Avo, Fuente, KBF, Patoro, Principle Cigars, and a ton of high quality lines of cigars.

The major growing region is the Yaque Valley, a 25 mile stretch running parallel with the Yaque river. It is surrounded by two mountain ranges, and sees a variety of cool breeze and scorching afternoon sun. Often compared to the legendary Vuelta Abajo and Partido regions of Cuba, some of the worlds finest tobacco is farmed here.

Although many people believe(d) that the DR could not produce a wrapper leaf after of many failed attempts and many, many millions of dollars wasted in the attempts; Carlos Fuente Jr. set out to do so for his storied Opus X line.

Located on the northwestern coast of South America, Ecuador has been growing premium cigar filler and wrappers since the 1960s. Its unique location provides Ecuadorian grown tobacco with consistent cloud cover throughout the growing season. Ecuadorian wrappers are said to be “Cloud-Grown” instead of shade-grown. This naturally diffused light diminishes vein size, yields thinner leaves, and creates a very supple leaf with consistent color. Ecuador is famous for having over 30 volcanoes and extremely rich volcanic soil. Most tobacco in Ecuador is grown at the foothills of the Andean mountains. Probably the single greatest threat to Ecuadorian tobacco is the El Nino effect. When the Pacific waters warm up, tremendous amounts of rain are unleashed in Ecuador, which makes tobacco cultivation impossible.

When you think Mexican tobacco, you may not picture great tobacco. You may picture shitty fake Cubans on the beach in Cancun or a moldy hand rolls you find at the duty free shop. It’s an unfortunate perception, but San Andres has a long history of producing some of the tastiest tobacco in the world.

Much like other tobacco growing regions, the San Andres Valley located at the bottom of the Gulf of Mexico is perfectly positioned near volcanoes that provide nutrient-dense soil.

The San Andres real depth of earthiness to it, some sweetness, and can have cocoa-like qualities. As long as you don’t use too much of it, it’s a phenomenal binder and wrapper leaf. As a puro, though, it can be a bit rough.

There are a number of countries and regions that have not been mentioned in this rundown. However, if you have made it this far in the read and are looking for even more information, well kudos to you because you’re awesome, but also take a few minutes to look over the following link from the tobacconist about each of these regions.